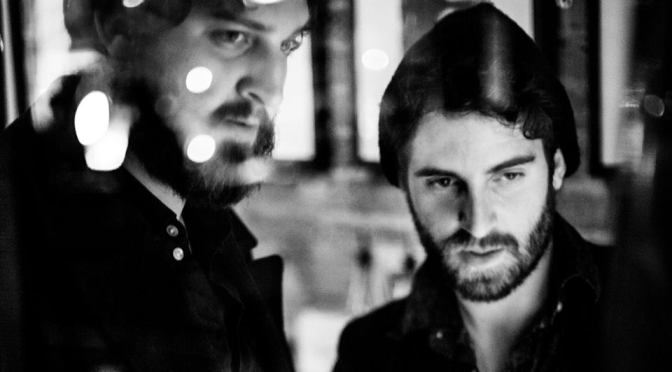 Another Bank Holiday Weekend and there was only one place to be – The Birdcage for the finest music around and a top line-up was on the bill with Bath based bros Bite The Buffalo headlining the stage with support from our favourites Tiers, Evil Twin and singer/songwriter Andy Watts.

Catching up with Sam and Joe from Tiers as well as a few familiar faces including Little Dusty and Damien and Chris from the Bristol Beats Club, a quick drink and then off straight away with the music. First up was Andy Watts (apologies for not mentioning him in the preview ahead of the gig) and he was certainly an entertainer. Picking members from the audience and dedicating songs on the spot, strumming away on his acoustic guitar, melodic indie-folk which was catchy, people swaying away to his passionate vocals and charms that lit up the venue in a heart-warming manner. 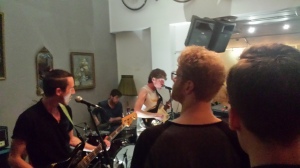 Andy set the night off nicely and as more people gathered closer to the stage, it was time for Tiers. Sam, Joe and Luke were ready to conquer The Birdcage once again and did so in fine fashion. Big sound waves that certainly packed the punch, it’s almost a nostalgic feeling watching Tiers having seen them several times, they keep on getting better and better – gleaming guitar riffs, droning bass lines, dynamic drums and soulful vocals. ‘Beneath The Boy’ hits you every time and by far on the best performed songs you could ever experience in a live set.

The crowd was ecstatic and fully energized for the next set, when it comes of indie sounds of true rawness and grit then look no further than Evil Twin. No secrets to hide, just full blast raucous rock and roll – nail-biting guitar riffs, crashing drums, roaring bass lines and intense vocals. Recent single ‘Dust Til’ Dawn’ was pure class as well as the explosive sounds from their new songs, a really promising time for Evil Twin so get yourself on board if you haven’t heard of their music yet.

Three great performances, what could top it? How about some foot-stomping country music action from Zambian two-piece Bite The Buffalo. Brothers Stos and Miti Goneos were a lively bunch from the very first second, together with just a guitar and drum kit producing explosive music full of soul, funk and grooves that got the audience dancing their socks off. Stos’s vocals bringing back the old country western, tense and powerful alongside stretch guitar riffs, rolling drums, and crashing symbols. The Birdcage was rocking away, from the glorifying riffs in ‘Blue Lips’ and sweet harmonica sounds in ‘Jackknife Blues’ to the rocking foot stomps with ‘Tell Me What The Dead Folk Know.’ Stos confidence was through the roof, jumping on stalls and slick strumming with his beer bottle, Miti’s snare drum broke as well but was quickly replaced in just a flash – this was adrenaline fuel music at its very best!

Hats off to The Birdcage once again for another great night of music and smashing performances from all the bands, all the qualities you need for a great Bank Holiday!

Another Bank Holiday weekend ahead of us and with it a massive weekend of music!

What way to kick off your weekend with the very best of Bristol music and a cracking line up once again at The Birdcage featuring Bath’s fuzz riddled rock ‘n’ roll outfit Bite The Buffalo and indie rockers Evil Twin and Tiers.

‘Bite The Buffalo are a different proposition – a Zambian two-piece specialising in a brand of stomp rock. Frontman Stos, excitedly delivering everyman lyrics with a raggedy but formed voice, cranking out bluesy riffs and cock-walking the stage like he owns it. Each track is short, sharp and to the point, the perfect antidote to what went before and mesmerising to watch. Good noise.’ – Venue Magazine

‘Tiers offered something a little bit different. If you’ve only ever heard the stuff these guys have posted on their Soundcloud page, I implore you to check them out live: they’ve changed man. They’ve still got the Alt-J-ish lovely minimalism going on, but the beats are bigger these days. Like Alt J but with a bit of bite.’ – Damien Ruck (Bristol Beats Club)

The production style the lads so painstakingly sought is one that’s low-fi, raw and grainy. And the result is some really thick sounding grooves that would not be out of place on a Kyuss or Queens of the Stone Age record. However, these are interspersed with some typically Evil Twin-y jerky rhythms. The combo makes one feel very excited indeed. – Bristol Beats Club review of Evil Twin’s single ‘Dusk Til’ Dawn’ 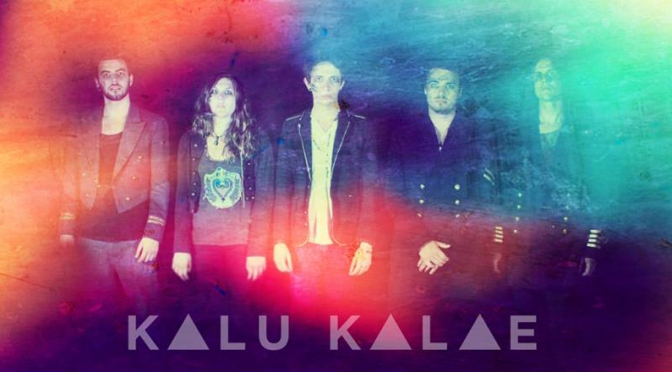 A night of insanely cinematic, anthemic, melodic music ahead this Saturday at The Birdcage with Bristol’s tribal rockers Kalu Kalae headlining the stage.

Fresh from their first show of 2014 supporting The Pheonix and stamping their first official release with debut EP GASP, Kalu Kalae are ready to tear it up with their crashing drums, anthemic riffs and melodic sounds waves. Great music to warm things up too with Tiers returning to the vintage venue once again after their spectacular headline performance at UATM and also music from The Phantom Lights vocalist  Aisha Chaouche.

‘This exceptional new band can be described most succinctly by using the phrase ‘tribal rock’, but you’d be hard pushed to mention them without using the words ‘percussion’ and ‘electronic’ somewhere in your sentence. ‘ – Chris Bilko, Bristol Beats Club

Doors open at 8pm with entry cost only at £3 so come on down for some top music action!